The Day, The Week and The New Year are times to celebrate!  They come regularly in the rotation of the Earth.  They show us there is meaning greater than ourselves.  They can even show us the Intelligent Design in which we are participating.  There are a plethora of examples I could list here.  One aspect is the principle of consistency.   Each day, each week and each new year, we learn what consistency looks like with and without.  We learn this lesson without ever being told.  We do it.  We see it.  We notice what worked.  We can choose to try again.  We explore it.  We try again continuously.  We hopefully ask.  We discover it!  Gratefully, our Creator behind it all grants us grace, the enabling power we all need to continue and celebrate in the journey.

By observing and exploring these days of celebration, we will come to ask and receive in small ways and ultimately come closer to that great God, which in turn will bring more balance and Connection into our lives.

I found this video which teaches aspects of these ideas amazingly. Enjoy your new day! 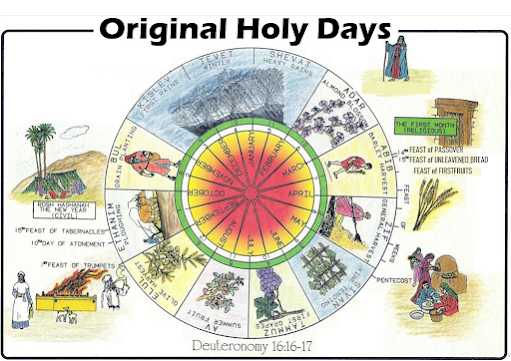 Do you ever wonder, "Why am I here?  Who am I really?" or "What am I doing here? and Where am I going?" Well, I do.  I have wondered and wondered and desired so much to understand my specific purpose.  "What is it I am to learn while I wander in this lonely world?"

Well, one day while I was in my daily studies, I noticed a pattern.  A man named Saul was traveling around slandering the names and reputations of friends and family; committing serious injuries.  He did this until one day, a light appeared shining around him and His Creator stood, and told him it was not in his nature to act in such ways.  It was as if he awoke.  In astonishment, he ask this crucial question, "What would you have me do?

Then another man, John Lathrop.  He was burdened heavily because of his desire to worship his God according to his conscience.  His loyalties to his country were challenged.  He felt called to preach a truth which was not accepted.  His wife begged him to please stop gathering in meetings and to stay quiet, for the sake of their family.  Although he felt torn, it was that deep feeling inside the marrow of his bones and the Holy Spirit that had put the cause into his heart.  He would not turn aside what he knew he was to do; spread light to his fellow captives.

After reading both these stories, I noticed that each of these men received answers to their questions.  Questions like, "What am I to do?"  Each of these men were shown in their hearts or minds, or both, what they were to do and they did it, gaining confidence in their guidance.  Their stories live on today, I would argue, because their yearned for questions were answered and they knew what they needed to do.

After discovering these men asked similar questions to mine,  I realized, instead of just wondering, I should do the same, and ask.   Well, I did.  "Lord, what would you like me to do?  The result can be seen through My Story of Asking.