What is the House of the Book?

If you have been reading this blog for some time, have you wondered, "What is the House of the Book?"

I began sharing this term more publicly as I began building the Foundation Builder Guide organization on the website HouseoftheBook.org.  Well, I had been asking what this term meant for quite some time and I discovered an answer.  In the book, Teach the Children by Neil Flinders, a Hebrew verses Greek educational model is described.  It is clearly shown that the purpose of educating children from the Hebrew perspective, was to help children grow in faith-filled character towards the service that God would call them to.  This model is also a Servant-Leadership way.  Beit HaSafer or The House of the Book was the name of the first school a child attended on this Hebraic, heart-centered, servant leadership path.   More importantly, the sole curriculum used was the Books of Moses or the Old Testament. 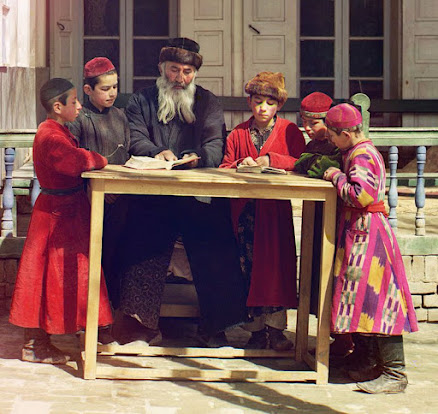 As I put lots of effort to understand, asking and writing deliberately about it, I have been taught and have come to understand what the "House of the Book" really was.  The words which came into my mind one morning were, Developing the House on Foundational Principles.  Oh how sweet and clarifying they have been to me!
Have you heard of The House of Learning? 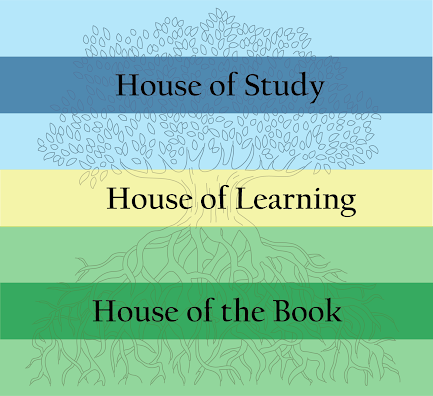 Another principle I was taught over these years has been of the House of Learning.   I started with organizing this blog with tabs and I was realizing each tab had a theme of different rooms in my own house.  I have always called my family room, The Learning Closet and of course I have my Herbal Cabinet.  Well, a wonderful friend came into my life and started teaching me of what she saw - small houses with different elements in each house.  Her reaction when she saw my blog for the first time was a silent wondering look.   I began teaching my Symbolic Hebrew classes - Discovering God through Symbol & Story, called The Way Up The Mountain at first, and we worked together on a Healing Retreat putting her 'houses vision' in action.  Afterwards, I turned and began working on a totally new project when another friend invited me to put my Symbolic Hebrew classes into a Women and Mothers program.  After that year I had a deep impression upon my heart that I was building "The House" with all the little "houses/rooms" in the form of different subjects or Environments and a reframing of the scaffolding through returning to a study of the Original Source language of the Bible.  I understood this was significant because of a dream I had had of my future baby girl  whom I was birthing whose name I knew was Eliza Beit, Beit meaning "The House" in Hebrew.  So, I went with that name assuming it went along with the House of the Book.  About a month later I awoke with the word "of learning" in my mind.

Oh, did that make sense because the second school a Jewish child attended was called the House of Learning.   Even though the Jewish people may have literally utilized this term in a physical school, through this God-led journey of study, mentors, simulation and field experience (see A Thomas Jefferson Education by Oliver DeMille), I have come to understand and know that the House of Learning is a term describing an entire organic learning process that Unlocks the Chambers within a person's heart and soul.  This process, if really traveled, and founded upon solid and true principles, brings forward an individual's Genius or Divine Nature which involves bringing out creativity, innovation and the Artist within.  It is a perfect time for this as we are now raising up the Artist Generation for the next First Turning! 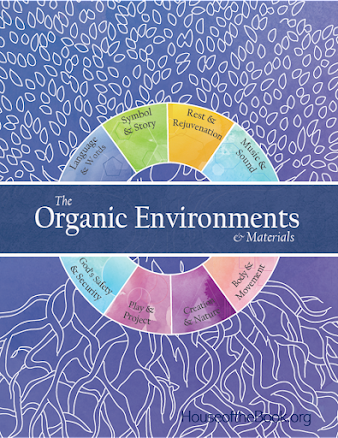 This truth is best comprehended and realized by experiencing the Organic Environments & Materials as well as using our Hebrew Way "Skills of Discovery."   Engaging with these Healing Arts will show you a House of Learning!  (If you would like a free PDF article on these Healing Arts, let me know you are interested on the link in the  RIGHT sidebar.)

House of the Book and House of Learning Translated into English

The Foundation Builder Guide was designed with these "Houses" in mind.  And, it does even more by helping establish our House of Study, but let's save that for another post.   It creates an environment for the woman &/or mother to learn the Hebraic Principles of Creation which are a major part of our life whether we realize it or not and gently guides her in becoming the kind of leader, mentor, teacher and facilitator required in Servant-Leadership.  As I have discovered on my journey and have been sharing here, these principles show us the "Way Up the Mountain."  For those of you whose life is already founded on Jesus Christ, these principles add more clarity and understanding to us about His Gospel.  For those who are not already connected with Him, they can offer you to see the order and Creator of our Universe.  If the Mother desires, she can then apply these principles in her nurturing of her children through playful projects, storytelling, singing & dancing, devotionals, discovery activities covering all subjects, simulations and other classic stories.

The Foundation Builder Guide also encourages mother's to incorporate the Organic Environments & Materials which teach to all 8 of the different "multiple intelligences."  The more parents, teachers and mentors bring these environment and materials, the more they will be helping to unlocking the Genius of their children and anyone they influence. 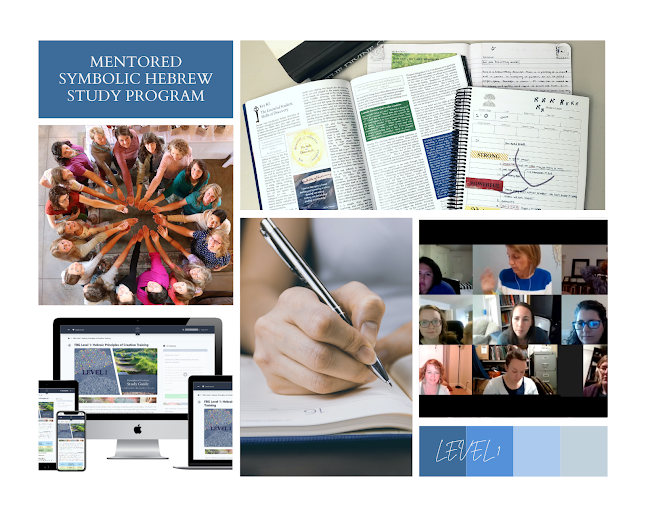 An Original Way, not Jewish Way

When you hear of, The Hebrew Way, have you immediately assumed I am promoting the Jewish traditions?

Well, I'd love to break up that assumption... I'm not!

With the term Hebrew, we tend to assume it is related to the Jewish people because they speak the foreign language of Hebrew originally and today.  But, we forget that the name Hebrew came from the Father of the Jewish people whose name was Abraham when he moved to the land Hebron.  We also forget that Abraham was the Father of many tribes and people.

He is the Father of the family of Ishmael. Today, these Ishmael-ites are most likely known as the Arabs or Muslims.  Should we call them Hebrews?  Their language uses the same roots as the Ancient Hebrew Alphabet.

Abraham is also the Father of all the House of Jacob.  Jacob, renamed as Israel, had twelve sons of which, Judah was only one, and from which came the Jews.  What came of the Dan's? The Zebulon's?  The Naphtali's? Or the Ephraim's and Manassah's?    These family members also call Abraham their Father.  Can we say they also can be called Hebrews?

After all, Abraham's Fathers were from Eden - Melchizedek, Noah, Enoch, Seth and Adam.  They passed on to Abraham the original way of living and being, connection with Divine and truth.  God, I'm sure clarified mis-information when necessary.

This Original Way, which I have been taught as The Hebrew Way, is a beautiful natural course of living and becoming.  It is faith-filled with much color, texture, depth and material.  God is, in-fact, creating the most beautiful masterpieces and tapestries.  You!  He is the Master Artist and you are the clay in His hands. 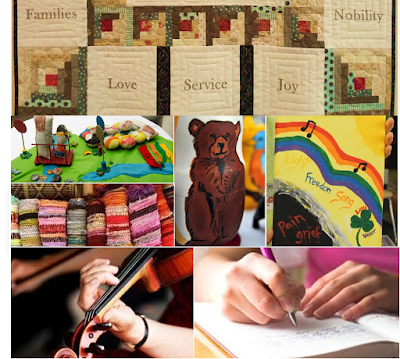 We are all on a journey.  Whether we know it or not, we are!  We can call it Our Story, The Hero's Journey or Cycle, or The Universal Story.

After reading my Core books and many amazing biographies listed on this site, with a directed intent to find the specific answers I asked myself,  "What is the Gospel?", "Is there a beginning?", "What does that beginning look like?", I began seeing a pattern and I discovered this Universal Story pattern in the scriptures.  It was first illustrated to me as a circle and I found the name The Course fit it nicely because of the words "the course of the Lord is one eternal round."  I recognized it for what it really is:  A Universal Law.  As I identified this pattern, I began finding it everywhere, my children and I began memorizing scriptural phrases and I gathered the stories here.  Since I knew the source of this pattern, I felt it appropriate to call it The Pilgrim's Course.   It was Abraham, then Isaac and Jacob, which represented the Pilgrim and lineage leaders of God's people called to carry his ordinances, opportunities for Exaltation, forward to the world.  It is he who is known as the covenant leader.  He is the perfect representation of those Pilgrim's who knows they are not of this world and seeking for  a better.
﻿
What I have learned about this story pattern is that it actually is The Way to Be.  This means that there really is a Course and Law which guides our way to Become like the Divine we were meant to become. 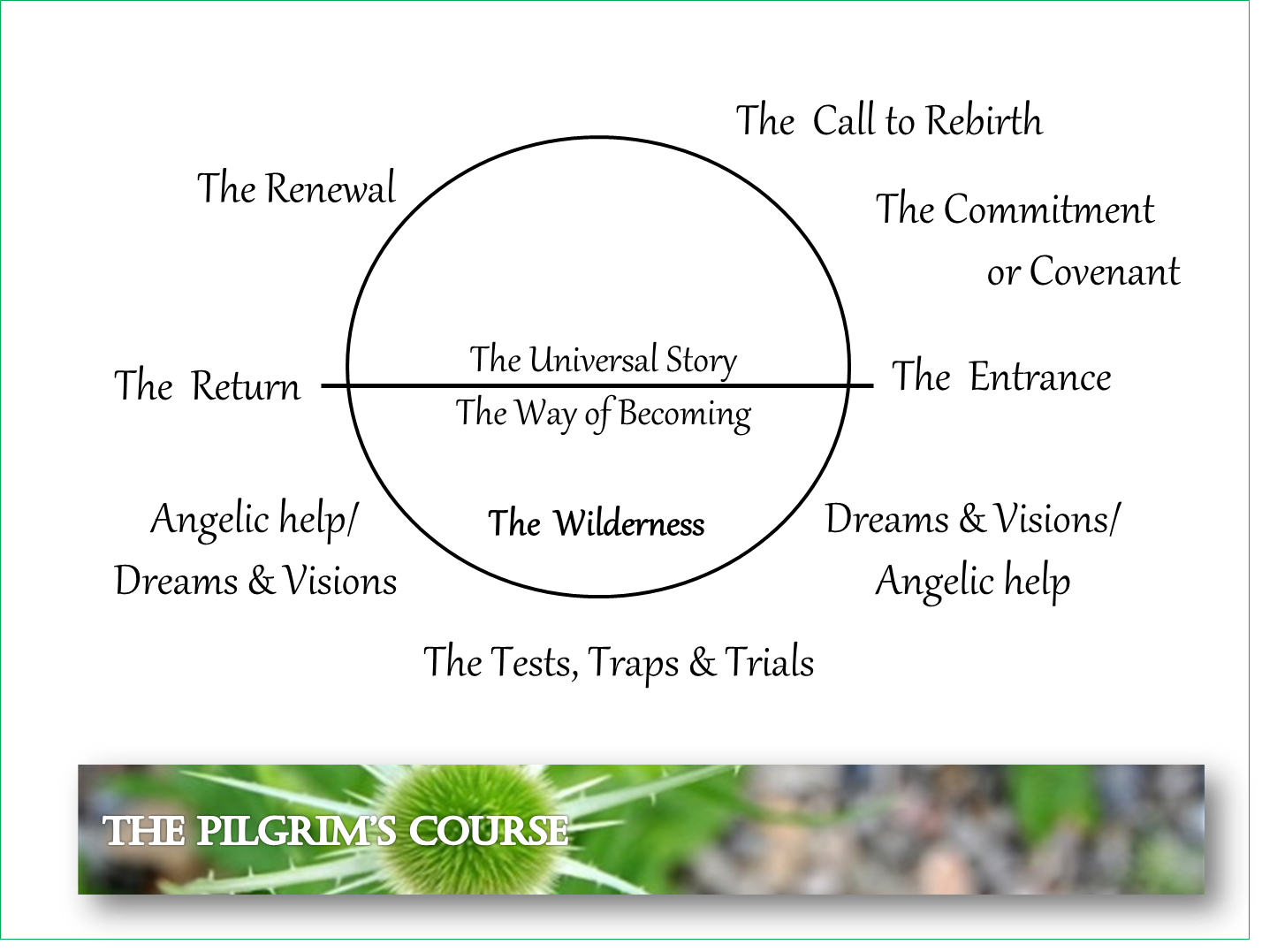 Sure, there are many ways to describe this Universal law.  The Way, the Path, etc. One common way is called Salvation, and, yes, it is always available to each and every one of God's children.  I know this law is governed by The Creator and our Savior Jesus Christ.  He is the ultimate Lord and God of the Universe.  He, too, has many names and followers in many parts of the Earth and throughout history.

My question for you:  Where are you on your Course?  This above picture illustrates this pattern which reveals the common journey of mankind and is based on the Ancient Symbolic Hebrew.  To me it relates to The Gospel of Jesus Christ.  I invite you to discover the Pilgrim's Course in your own readings of biographies, fairy tales, scripture stories and your very own story!

I promise your search will bring you clarity of truth.

Subscribe to learn about our Foundation Builder: A Mother's Guide to Developing Education on Foundational Principles, in her home.  Coming Soon!