Is Your Door Open?

Doors come in many shapes and sizes.  Old, new, tall, narrow, worn, polished, rectangle, double, glass, wood, colored, plain and possibly even round.  Doors are fascinating to many.   But why? Do they just make great photos?  Or is it possible we are attracted to the greater meaning a door represents?  Yes, I believe that's it.   A door is a symbol representing foundational principles which have been around since the beginning of man. 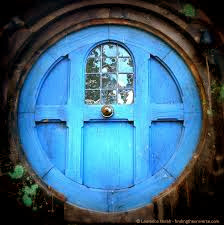 For nomadic people, tents were necessary living arrangements. The entrance or the door was a flexible flap. It needed flexibility and movement in order to allow access in and out of the tent. The door, which hung down and allowed this flowing movement, can have greater meaning for us today, if we choose to see it.

Image, if you will, that you yourself are a house or a dwelling place, a tent or a castle.  Which part of you is your door?  How do you suppose your door should be?  Solid, wooden, thick, soft, light or flexible?


If your door is flexible, allowing movement into your house and out, will there be a light flowing room for the giving and receiving of life?  Yes. How well will you do when there are injuries to your ego from loved ones if there is a continual movement in and out of your door? Very well I believe.  Let's contrast that with the opposite. What would happen if your door were solid, heavy and very thick oak?  When life happens, which it usually does when the sun rises, will you allow negative thoughts and emotions to flow out as easily as they come in? Possibly not.

I found a profound quote from a recent author which shows the key:


Your existence has many doors, and each serves a purpose that ultimately helps define who you are. Sometimes it is hard to open these doors. Often you would think it just won’t work. It takes patience and perseverance, but you must believe that you already have every key for each door you encounter. Imagine your heart as the keychain where all the keys you will ever need in your lifetime are dangling, waiting for you to use.         ~ Dodinsky 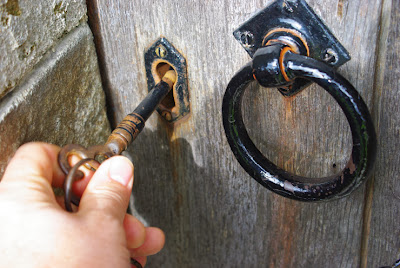 No matter what kind of door you choose to have, you have the key within to open it. Dodinsky gave a clue to them in his words "patience and perseverance."

There is an old story of a man whose heart was softened and completely made flexible after another came into his life and showed an unwavering commitment to serve him.


Long ago there lived a Vassal King, His Father being the High King.  This King  was arrogant, bold and over confident.  He was actually an outright tyrant.  His servants went out every day to care for his flocks and even though plunderers often used this as an opportunity to scatter and steal the animals while they were out to pasture or brought to water, he commanded those servants to be slain when they did not bring back all of his flocks.  This happened quite often and he did not think twice about it.

One day, a man came into the King's land.  His guards seized the man and took him to the King.  When the King questioned the man, asking why he was traveling in that land, the man replied, "I want to live with your people for a time."  The King was pleased and offered the man his daughter for a wife, but he said he just wanted to be the King's servant.

So the man, the Traveler, went out with the King's servants to watch the flocks.  On the third day when they brought the animals to water, the robbers came again and scattered them. When the Traveler saw the great fear of the other servants because they knew their fate back home, he took courage and told them to "be of good cheer" for they "will regather the flocks and bring them to water and preserve the flocks for the King." He encouraged the servants in a plan to encircle the flocks while he went to talk with the plunderers.  They saw the Traveler coming and had no doubt about their ability to kill him. Now they did not realize that this Traveler was on a higher call to serve the King and had the protective power of the Great Spirit petitioned by his Father back home.  When the Traveler used his sling and killed a few of these men, the others became astonished at his power, then very angry.  As they rushed towards the Traveler with raised swords, he cut off their arms with his sword until they realized they were powerless against him and fled.  His fellow servants were filled with astonishment and gathered up the arms to show the king. 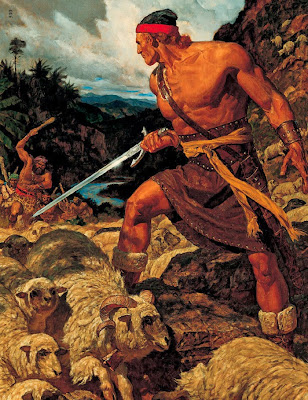 After they returned to the King and gave testimonies of the power and faithfulness of the Traveler, the King was truly astonished.  "How could this be?" he wondered.  He asked the servants "Is this the Great Spirit who doth send such great punishments upon this people because of their murders?"  They said they did not know, but they did know that he was a friend to the King and because of his expertise and great strength and power he could not be killed.   The King remembered the traditions which were given to him from his Father that there was a Great Spirit. He had always just thought that whatever he chose to do was right.  The King said, "Now I know that it is the Great Spirit and he has come down at this time to preserve your lives, that I might not kill you as I have done your brothers."  He recognized he had done wrong in killing his servants and a feeling of sorrow filled his heart.


His mind began to reflect and spin at the same time.  Previous to the event at the water hole, he had asked his servants to prepare his horses for an upcoming feast and after returning from the fight at the water hole, the Traveler had gone to do it immediately.  "Surely there has not been any servant among all my servants that has been so faithful as this man," he thought, "for he even remembers to do all my instructions and execute them."  The King called for this Traveler to come in but was extremely worried about his past actions and the punishments he felt we would receive from the Great Spirit, especially if this Traveler was the Great Spirit.  When the Traveler approached the King, he asked, "What wilt thou that I should do for thee, O King?  The King did not answer him for a whole hour after which the Traveler spoke the words of the Spirit that came to his heart, "Is it because you have heard that I defended thy servants and thy flocks and killed seven and smote the arms off of others; is it this that is causing your marveling's?"  The King was even more surprised the Traveler could discern his thoughts and he asked, "Who are you?  Are you that Great Spirit who knows all things?"  The Traveler said, "Will you regard and give heed to my words if I tell you by what power I do these things?"   The King responded, "Yes, I will believe all thy words."  The Traveler asked boldly, "Do you believe that there is a Great Spirit?"  After the King answered in affirmative, this Traveler went on to explain his knowledge of the Great Spirit which he called God and of the creation of all things and the true history which had been recorded by the Elders through the ages. 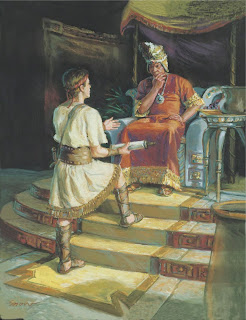 The King's heart, or door, was opened by his feelings of lowness; hanging low to a point of being humbled.  As he chose to believe new possibilities in the Traveler's words and become completely open and teachable, this opened door of the King's heart filled him with light and joy and so overwhelmed his physical body that he fell to the ground.  After three days, he stood, and with great conviction and joy, he spoke to his wife and the people in his kingdom who had gathered, of his seeing his Redeemer who "shall be born of a woman and shall redeem all mankind who believe on His name."

Because of the King's choice to strip away the thick layers that had developed over his door, his heart was changed and made new and he saw his God.

This story of the King gives us insight into the keys we all have within to unlock our doors.  Although we do not have to be a Tyrant who is awakened abruptly before using his keys, we do need to be true and believe enough to take the steps to develop the characteristics of long-suffering, lowliness of heart, humility and meekness. Four qualities may be all that is necessary.   In a quote which hangs by my bed it says, "In your patience, [you] win mastery of your souls." ~ Jesus of Nazareth. 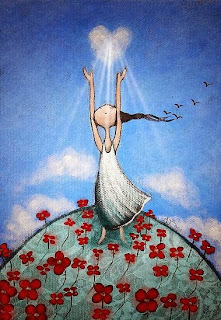 How flexible, soft and open is your door?  The time is now to use your keys.

He says it best of all.

When we can see poetically, we can begin to understand his words.

Beautifully said. Hearing it in different forms helps me better understand. Thanks, DCF

What is the Dodinsky book? I love what he said about keys. I truly believe the experiences we go through are like different keys we are given. As we find others that are locked up And in the process of receiving a similar key to ours. we are offered the beautiful opportunity of unlocking their lock and showing them how to use the new key this Mortal journey has given them. It happens all the time in my coaching and counseling sessions. My door has been open for some time, but my fears, jealousies, and then believe caused me to hide. I am now ready to burst through it. Love you Katie!