So How Do I Begin the Course?

In 2009, I organized a retreat for women and I chose the theme The Hebrew Way.  The theme came to my mind in a picture one morning after I was awoken.  Before I knew I was organizing this event,  I began observing and exploring patterns in my studies, which included Jane Eyre, Amazing Grace, Plato's Republic, The Prince, John Adams, The Hiding Place, Exiled, The Dream Giver, The Making of America, The New Testament, Tramp for the Lord, Maria Von Trapp's story, etc.  After recognizing similar patterns in the biographical works, I discovered a pattern in their stories.  They were all sharing the journey or course in which they were traveling and, in each case, there were pivotal moments; decisions that lead to new paradigms and a new beginning.  In the New Testament, Paul asked just one question and when he heard the answer, he understood and was a new man.


I decided to follow his lead and truly began asking my Intelligent Designer, "What is it you want me to do?"  Well,  it took me a year or two to realize this 'Hebrew Way' thing was part of my answer to that golden question.  But I have kept the course so far and have discovered the Pilgrim's Course is very real and powerful and our Intelligent Designer is waiting to show us his amazing guidance!

Now, what was it which brought this specific guidance?  Was it just one question?  Was it a series of events?  Or was it a specific sacrifice of time and effort I made which propelled me  to find the right question to ask?  I think it was all of the above.

One day in 2006, I was feeling particularly low.   I was expecting my fourth child and had recently moved to an old home in a small suburban town.  We had no kitchen for the first two months while we refinished it and after eating out of a box or restaurants, I think my body was depleted.  I had had too many freak-out or stressed moments and concluded I was just not a good mom or person.  In a humble place, I began searching.  'What can I to do?' I wondered.  A friend was offering a 12-Step class based on the book, He Did Deliver Me From Bondage called Changed Hearts and I was sure a changed heart was what I needed.  Another friend said, after I mentioned this need a loud, "You don't need to take a class to have a change of heart, just read the Book of Mormon."  Well,  instantly I knew that was going to be it for me.  I had read that book before and saw huge transformation within.  When I got home that night, I knelt and asked,  "What do I need to do to have a change of heart?  For one of the only times in my life, I heard an audible voice in my mind in answer to this plea.  "Read the Book of Mormon in two weeks."  I was stunned.  That was a hard thing!  It is over 500 pages and at that moment in my life it was going to be a huge sacrifice.  Well, I put it off for a few months; had a baby, got through postpartum and auto-immune difficulties.  At another difficult time months later, I decided I was starting right there and then.  I came home and calculated how many pages I would need to read to accomplish this goal, and began.  Two hours a day reading just the Book of Mormon.  (I'm very grateful to my husband for his support!)  It was a sacrifice of time and effort, but I finished in 19 days.

The moment I finished I walked out of my room and saw, what I did not see before.  I saw my step-son's strange behavior was just a serious power struggle and knew I no longer needed to engage.  The next few months were a bit of the same.  I began working with a difficult personality and over the course of a year I could feel myself changing.  I saw or viewed situations differently.  It was like I took off my "shades of blue" and was now seeing color.  At the end of that year, I looked back and started asking myself, "What happened???"  It was so drastic, but I do not have the words to describe it other then a major paradigm shift.  I was sitting in my kitchen when it hit me.  It was that book!  The Book of Mormon had once again changed my life. 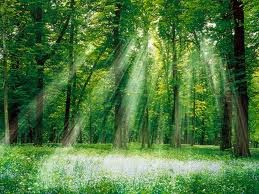 It was my next step which brought me deep insight and prepared me for what I am doing today.  I was struggling with my marriage relationship and began attending my temple in behalf of my family who had passed.  This place was my refuge in the midst of the raging storm.  I was waking up to the intense battle which has been waging since the beginning of time and felt I like the battle surrounded me.  For three years I visited this sanctuary weekly.  I was taught much in this time of meditation.  Over this period of time, I had the picture come to my mind for the woman's retreat, and learned the next step was teaching my Discovering Intelligent Design in Nature class. 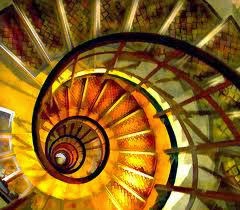 Now you.  What does the beginning of your course look like?