Becoming in The Hebrew Way

I'm really excited to share with you what's going on in Foundation Builder Guide!

We have been working on completing some major parts of our Symbolic-Learning at Home Resources which guide mothers through the process of learning the Principles of Creation with her children or grandchildren. This is our do-it-yourself program which can stand alone, or accompanies our Level 1 Principles of Creation Study mentoring program.

The significant process I have gone through in building these resources illustrates two major things to those of us who are working on becoming special women who encircle together, with our husbands and families, to act as “Protectors” of God’s Laws, His children and His culture. 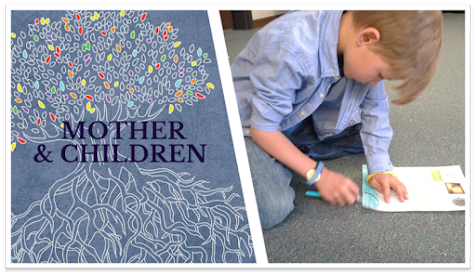 To illustrate this, I would like to share with you the story of this process of refinement that HouseoftheBook.org-Foundation Builder Guide has evolved through over the past seven years.

Several years prior to 2013, I had already been on my journey of learning and then teaching Aspects of the Hebrew Way, and was coming to understand more about what I have termed are the Principles of Creation.   I technically began building what I named the Foundation Builder Guide organization in 2013 under the LiberLabs non-profit my husband and a friend had begun, but not officially.  The non-profit began with a vision of a 3-day per week K-12 Leadership Education type school and I was the developer of the curriculum for ages 5-8. The original idea was to create picture books and learning project stations in every subject. My friend envisioned us mentoring teachers in this program. Though she had these plans at first, I wasn’t feeling drawn to teach in an environment like that, and so her vision dissolved and we didn’t proceed with that plan. I did, however, feel called to mentor my previous Hebraic Principles content with the mothers in my one-day a week New Commonwealth School community in the Junior program setting.

That original non-profit dissolved, but was a vital part of clarifying what my vision for Foundation Builder Guide was by showing me what it was not, and was an huge catalyst for me to get on the path towards what it was really meant to become all along.  I believe my friend was put there by God to prod me into a new direction. That is what a good mentor does, right? I was doing a lot of prayerful asking at the time, and I know God, through my friend, called me to it. Even though we didn’t end up working together, I am very grateful for her role in my life as it fulfilled prophetic direction I had received previously. It also got my husband involved as my partner in Foundation Builder Guide, which has proved to be a huge blessing for our family.
The first 3 years were spent creating most of the foundational mother & children’s Symbolic-Learning at Home Resources content including stories, songs, dances, exploration & discovery activities, but over the next three years, efforts were put into building the scaffolding of the organization itself, and most importantly it was identified how that first non-profit experience had falsely defined the direction Foundation Builder Guide.
There were several factors that influenced my efforts in the beginning, but which would prove to need refining into what God was teaching me to be more aligned with The Hebrew Way.  The following explanations show how God led me to principles which would bring the program into harmony with that Way.
These are just a few examples of how in each step of my journey of building this program for mothers, there were deliberate shifts away from the paradigm I began with, and how that process was revealing changes that invited and facilitated inward movement and accessibility for the Mother.
Looking back now, I realize that during the initial three years of creating it, I was highly influenced externally by that non-profit experience which had initially defined my direction. I had taken those influences on by default and it wasn’t in reality the way in which Foundation Builder Guide was designed to be created. The way was in me and I needed to learn to trust my intuition and God’s direction. I knew there was an original way of delivering these Principles of Creation that was different than anything else currently available. As I learned to validate and honor the vision I’d been given, through witness after witness, and many miracles experienced, I gained the gift of confidence in my Savior that He was leading me along. Over time, He not only gave me the “what” of an entire program for mothers in the home, but also, specific direction for its deliverance in a uniquely created retreat training in the “how.” I came to trust and depend on that guidance as I continued creating every aspect of this work. It later proved to be teaching me something I couldn’t understand at the time, but now recognize as part of this pattern of becoming in God’s “Hebrew Way.”
After that first three year period, I had the opportunity and blessing to experience some deep valleys in the shadow of death which challenged the very fiber of my being. I was homebound and spent many days in bed, as some generational trauma surfaced. A year later, we moved to a new city, and I came to a point where everything with Foundation Builder Guide seemed to be metaphorically ”tossed in the air”. The way I had tried to go forward with it in the past didn’t seem to be working, and I wanted to know how I should proceed. With all my heart I could see what could help mothers in implementing it and I knew in order to be true to the vision God had given me of the complete program, including the Women’s Retreat training, I needed help from God to show me how. One night in October 2017, I knelt in prayer in submission and asked what God wanted me to do with it. The next morning I received a text from a friend in the program saying, “I just had a dream that I needed to help you.” That witness ignited within me a new sense of purpose very much needed in order to continue the process of creating the space for the full support organization to form, re-evaluating all the different parts of content and creating new ways of sharing these Principles of Creation. Foundation Builder Guide has experienced a rebirth, out of which has come beautiful, printed materials, and delivery methods that have evolved into a complete mentoring system for the mother in the home, all in the Hebrew Way. 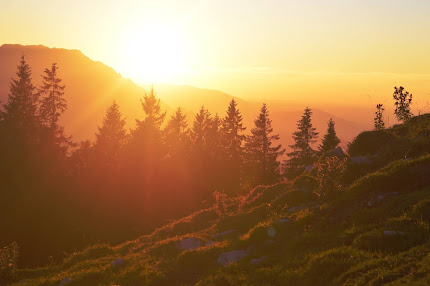 The following principles show the changes which have come out of that new inspiration which continue to reveal this process of Becoming in The Hebrew Way:

These new improvements made the delivery of these resources into the way it was meant to be. It is almost like my earlier experience which had influenced me had to be wiped off and reset. The slate had to be cleaned. I had to learn not to look to that previous experience as a guide for these resources, but to look to God, having no idea what He was directing me to do with this material, but allow Him to show me in small ways, step by step. Each experience confirmed that I already had the content within me, and just needed to adjust this or that in order to share it in a new way, the way it was meant to be shared.

Now, if I went through this guided step-by-step process in the refinement of Foundation Builder Guide’s Symbolic-learning at Home Resources, seeing God create this through me and learning that it has been my commission to teach the Principles of Creation, could others be going through the same process with entirely different, but unique prepared purposes? This has given me the vision that God is guiding others in the same way he guided me, and this is how the refinement of our culture will happen in order for us to create the kind of Zion society we desire - the kind of communities we are going to create after this crisis we are going through. It is very exciting!

The refinement process I went through in building Foundation Builder Guide, reveals the same pattern we all can travel. It is taught in the Foundation Builder Guide’s Intro Principles of Creation Class, The Pilgrim’s Course Tutorial, on Day 3 & 4 recording. This pattern and process guides us to shift and alter our ways of living and being, and our delivery methods of teaching our children, from an externally dependent, one-size-fits-all, coercive, masculine way, to an internal, feminine, guiding, leading, mentoring, and nurturing, self-reliant, truly-trusting-in-our-Creator, Way. It shows the need to weed out and reset all those ways in us that enable the perpetuation of what we have inherited from the Western, Occidental or Greek model way. The original Hebraic way, is an Oriental model. It follows our internal and intuitive guidance system, is holistic, involving the whole self, with physical-intellectual-social-emotional-spiritual parts, being equally engaged, thus bringing balance. It is unseen, and informal and necessitates an entire trusting in God and the unknown.
This process of transformation illustrates how we each are invited to shift, change and become the more intuitive, internal, feminine, gently nurturing, guiding, leading women and mothers we were meant to be, and building that tribal family community that we desire. This banding together of women, acting as a protective shield, protecting God's laws, his children, and his community in His ways, is essential.

Seeing this process and pattern for what it truly is and does, gives me a vision of what God is creating in us for ourselves, our future and our communities.

It gives us a model to follow, and a visual picture of the refinement that is needed within each of us; the shift from an externally dependent way, to an internally unseen, unknown, trusting in God, self-reliant way.

It's beautiful. And it gives us hope for the future.

Last exciting thing: we are in the process of editing all twenty-two original children’s stories. These will be combined in a Storybook with the sheet music of original songs and dance steps. Through that storybook, delivered in the Hebrew Way, we can share these important principles from the mother's heart and home, into the heart and home of her children.